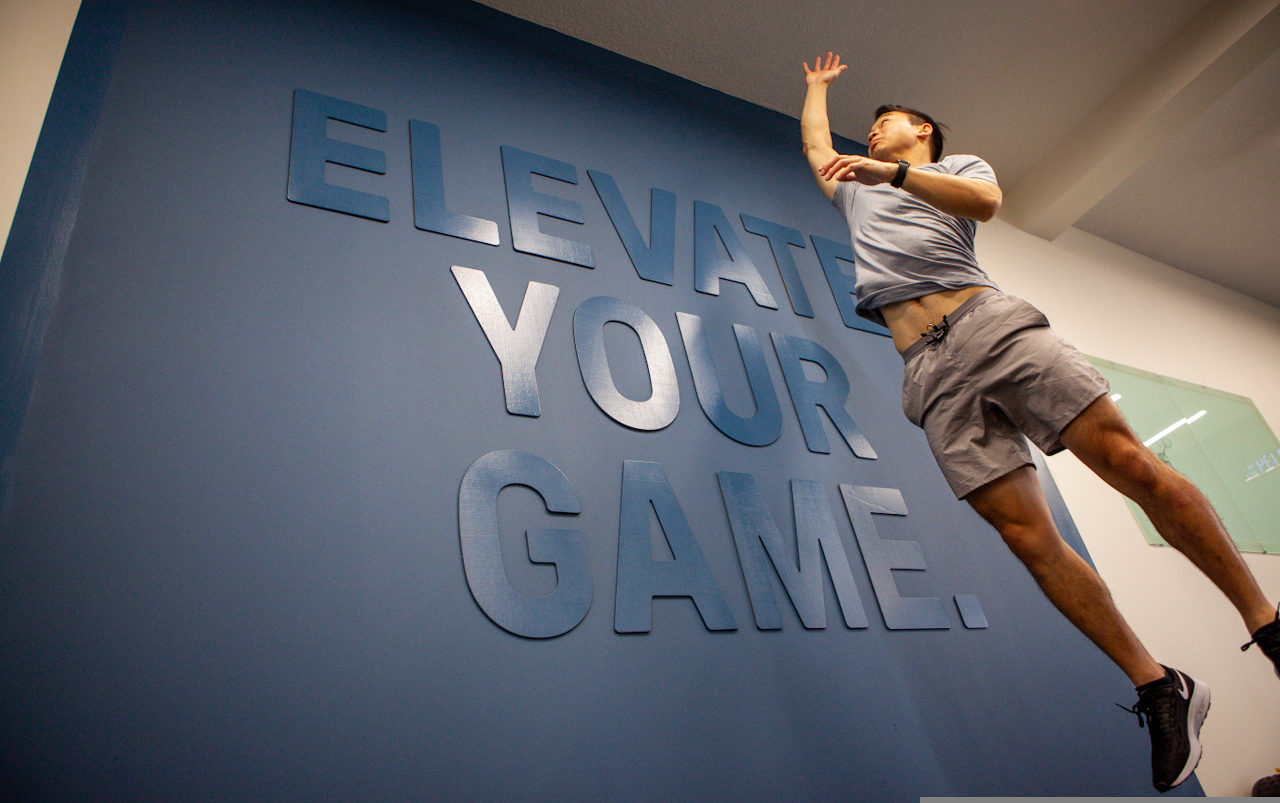 Winners of most sports games tend to be decided by the small duels that repeat tirelessly throughout the game. Whether it is the face-off in basketball, a volleyball player blocking a spike, or a heading duel in soccer, jumping performance often is a deciding factor in who comes out on top.

Throughout my Ph.D. in the Faculty of Kinesiology, Sport, and Recreation at the University of Alberta, I have spent much time pondering various research questions about jumping and landing, and in this post, I want to share some of the best strategies research have identified for improving jumping performance.

Strength training can get you far when it comes to improving vertical jump performance. However, the key to becoming a good jumper, as with so many things, lie in the details. For resistance training, this means to select the right exercises and perform them the right way.

So which muscles should we target with our strength training? One metric to consider in answering this question is the mechanical work performed by the various muscles of our lower extremities during jumping. The mechanical work performed at a joint, can be thought of as a measure of how much the muscles crossing a joint contributes to the jump height and therefore gives us a pretty straightforward measure of how important a given muscle group is during the vertical jump.

According to a study our research team conducted a few years ago (Dæhlin & Chiu, 2019), approximately 40-50% of the total mechanical work is performed at the ankle, whereas approximately 25-35% is performed at the knee and hip each. This result suggests that calf muscles, or more specifically the ankle plantar flexors, are of particular importance to vertical jump performance. 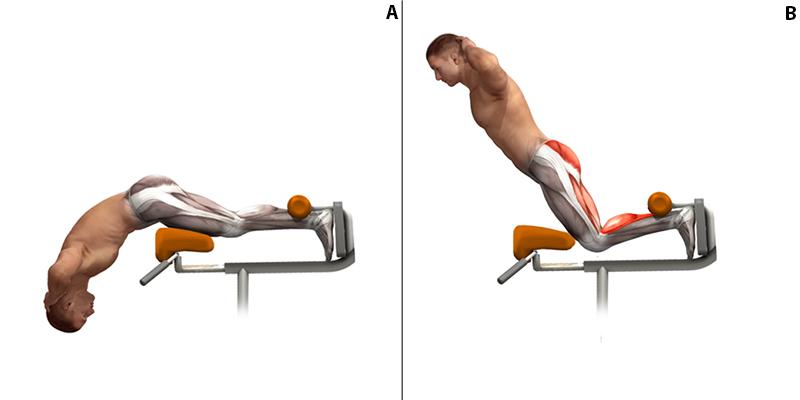 Fig. 1. The start (panel A) and end (panel B) positions of the glute-ham-gastroc raise. 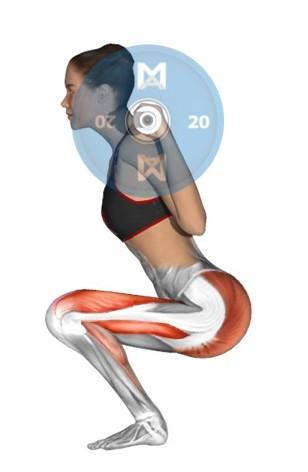 Although strengthening the calf muscles seems to have a positive impact on vertical jump performance, this is not the entire story. In fact, the group that only performed the general resistance training in the aforementioned study improved their vertical jump height by nearly ¾ of an inch on average as well (Chiu et al. 2017b). The key components of this resistance training were squats and weightlifting exercises, such as the clean, and are likely responsible for this large improvement in vertical jump height among these participants.

“Correct” squatting technique for the purpose of this argument involves squatting to a greater depth than 120 degrees of knee flexion, or colloquially, deeper than the thigh parallel to the ground (Fig 2.). This ensures adequate loading of the gluteal and quadriceps muscles for them to adapt to the exercise and get stronger (Chiu et al. 2017a). Indeed, a training study from the University of Copenhagen has demonstrated that vertical jump height increases more following deep compared to shallow squats (Bloomquist et al. 2013), so adding deep squats to your workout routine is likely to help you gain that extra half-inch in the vertical jump.

So far, we have established that strengthening the calf, quadriceps, and gluteal muscles can improve our vertical jump performance and that squats and glute-ham-gastroc raises may be used to do so. So where do weightlifting exercises fit into this picture?

Although weightlifting exercises may also be effective for strengthening the aforementioned muscle groups, it is also likely that it plays a key role in developing jumping technique. Specifically, high-level jumpers tend to sequence their jumps such that they start to extend their hips slightly before their knees start to extend, which in turn start to extend slightly before the ankle plantar flexes/extends (Chiu et al. 2014). This is called a proximal-to-distal sequencing strategy, but vertical jumping is not the only exercise where this is used.

Another set of exercises where a proximal-to-distal sequencing strategy is used are the Olympic weightlifting exercises, such as the snatch and clean. Specifically, the snatch and clean involves lifting the barbell from the floor to above the knees, followed by a rebending of the knees and ankles while the hip keeps extending (Dæhlin et al. 2018). This rebending is followed by a sequential extension of the knees and ankles, and as such mirrors the pattern seen in jumping. Since this rebending of the knees is taught as part of the, so called, second knee bend technique in weightlifting, it may be theorized that learning and performing weightlifting exercises can facilitate the adoption of this movement pattern also during jumping. Whether this is actually the case is yet to be determined, so here there is room to experiment.

Becoming a better jumper requires strengthening the right muscles as well as teaching ourselves how to utilise this strength while jumping. Specifically, evidence from research conducted in our laboratory at the University of Alberta, and elsewhere, suggests that strengthening the calf muscles and the gluteal and quadriceps muscles using exercises such as glute-ham-gastroc raises and full depth squats (i.e. lower than thigh parallel to the ground) can have considerable impact on one’s vertical jump performance. Moreover, the use of Olympic style weightlifting exercises may be utilized to teach our athletes how to best make use of stronger calves, glutes, and quads to jump higher.

Chiu, LZF, Yaremko , A, and vonGaza, GL. Addition of glute-ham-gastroc raise to a resistance training program: Effect on jump propulsion and landing. Journal of Strength & Conditioning Research 31(9): 2562-2571, 2017b.

Torstein E. Dæhlin is a Ph.D. Candidate in biomechanics at the University of Alberta, studying muscle function during sporting tasks. Torstein also has broad experience as both a weightlifting and strength and conditioning coach from his home country of Norway.

Connect Physiotherapy & Exercise is excited to offer Athlete Performance Training! You’ll workout in small groups with other athletes in Connect’s private gym, and get personalized support and programming from certified strength coaches.